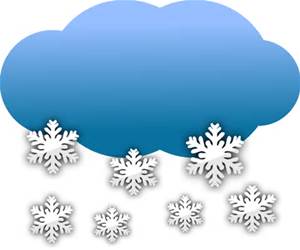 The Blizzard and Mrs. Beard
by Peg Herring
I slid the holdup note and a plain cloth bag across the counter toward the teller and watched her professional smile turn to a grimace of fear. “Put $10,000 in the bag or I’ll shoot the place up good.” I was proud of the note: succinct but definitely informative.
The woman looked fearfully at me, or rather at the persona I presented. A heavily padded overcoat made me look twenty pounds heavier, cotton balls in my cheeks rounded my face to a moon, smoky-tinted glasses hid my eyes, and a dark wig with a knit cap pulled over it covered my real hair. Her mascara-laden eyes searched the place helplessly. I had all the advantages, and she had none. It was a small credit union with no security on site, and outside there was a blizzard. Even if she rang her supposedly secret buzzer, it would be a long time before help arrived. The sheriff’s officers were all out helping honest citizens involved in fender-benders and worse as the storm raged.
“I don’t--we don’t have that much money here,” she began, but I cut her off.
“Yes, you do. I’ve done my homework, and I know how you folks do business. Now get my money.”
The teller next to mine, a blond with that hairstyle that looks like the person plans to join the circus right after work, gasped involuntarily. She’d overheard us, and I saw her eyes go big. Pulling the gun from my pocket I set it on the counter, laying my hand over it after I was sure they’d both seen it. “Stay where you are,” I told my teller. To the other one I said, “Get me $10,000 in twenties and fifties, or she’s dead.”
The woman hesitated only a second. “Don’t hurt her,” she begged. “I’ll get it right away.”
“Good. Don’t speak to anyone else.”  She nodded and took off at a near trot.
As good as her word, within a few minutes she returned with one of those zipper bags with the credit union’s logo on the side. I saw one of the other employees start to speak to her, but she shushed him and glared a warning. He froze when he followed her glance and saw me standing there. I shot him a threatening frown, and he hunched behind his computer like a snake slithering between two rocks.
Teller A handed me the cloth bag after transferring the money into it. “Thank you, ladies. I won’t say that we’ll meet again, but you’ll remember me.” I made my voice gravelly. I didn’t know either of them, but no sense taking chances.
I turned to go, feeling pretty satisfied until I saw the police car pull up outside. Why could I never count on luck unless it was the bad kind? I turned accusingly back to the tellers, but they’d both disappeared, probably huddled on the floor behind the counter. Swearing softly, I considered my options.
I really had done my homework, so I knew the layout of the building. There was an employee exit at the back. What were the chances that two sheriff’s cars were available in this blizzard to respond to the silent alarm? The back door it would be then.
I peered outside before exiting the building. It was a nightmare: blowing snow, lots of the stuff already on the ground, and wind that shrieked around corners like a broken Irish whistle. I couldn’t see ten feet, but that meant the cops couldn’t either. On foot, I’d be more mobile than they, and the wind would cover my tracks in minutes. I took off across the parking lot, the bag flopping at my side and the gun once more concealed in my pocket. As I passed a dumpster a block away from the credit union I shucked the coat, hat, wig, glasses, and cotton balls. Now I looked like Tim Mills and not Brando’s Don Corleone.
I had planned to move up Pine Street for two blocks and then cut back to the car I’d stashed on the cross street, Rose. Now I had to circle around, but I wasn’t worried. There were hardly any cars out today due to the storm, and with the terrible visibility, I’d be pretty much undetectable.
The second glitch in my plan came when I got to my vehicle. The county, zealous as usual about keeping the roads clear, had plowed Rose Street, and in the process buried my car. I kicked the tire angrily: the old Chevy wasn’t much, but it was my ticket out of this stupid town. Now my ticket was under a ton of snow. It would take hours to dig it out, and I didn’t even have mittens, much less a shovel. My mind cast about for alternatives. There was no airport or train station in our little burg, and the bus stopped Mondays and Fridays, not today. I had to grimace at the irony: I had my $10,000, but I couldn’t get started on the new life I’d promised myself because of the storm I’d thought would be my protector.
The scenario at the credit union played in my head. The tellers would jabber their story to the sheriff, and he would go looking for the culprit. If he saw me in town in this weather, he’d wonder why, even if the description didn’t fit. I had a long history of conflict with authority, starting when I was eleven and keeping a steady pace over the last nine years. The only thing in life I’d been successful at was getting into trouble. 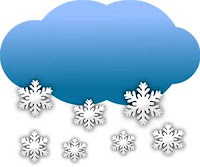 “Just going up to Mansfield to do some shopping, Sheriff.”
“Shopping, huh? You come into a little money?
Why hadn’t I said I had a doctor’s appointment?
He had me out of the car in thirty seconds, feet spread, hands on the cold metal roof. I had tossed the gun, which was only a toy anyway, but there on the seat was the bag with all that money. I glanced at it nervously, another mistake. The sheriff’s gaze followed mine, and one eyebrow rose like the curtain on opening night.
“Over here, Billings.” A deputy who had just released the car ahead of me came over and reached in to get the bag. When they asked in pseudo-polite voices if they could look inside, what could I say? The sheriff’s expression turned downright smug when the zipper parted to reveal stacks of cash. The deputy put on a pair of gloves and then pawed through the bag like a gerbil in a corner.
“So where were you yesterday at around 4:00, Tim?” the sheriff asked.
“I was visiting a friend.”
“Your car was on the street overnight. Did this ‘friend’ let you sleep in her bed?”
“Well, technically, yeah, but not the way you’re thinking.”
“I’ll bet. I’m going to want to know the name of this friend. She could be an accessory to a crime.”
“Sheriff,” the deputy had been consulting a clipboard.
“Yeah, what?”
“This isn’t the money.”
“What?”
Billings brought the clipboard and the bag over. “There’s only two thousand here, not the ten that was stolen. Besides, the serial numbers don’t match.”
“Don’t match?”
“None of them.”  Billings looked me up and down. “And this guy isn’t at all what the teller described.”
“So where did a loser like you get two thousand in cash?” the sheriff asked. I could tell he was not a happy enforcer.
“Apparently he borrowed it. From a Mrs. Andrea Beard.” Billings handed over a note, and I tried to read it upside down as the sheriff read it right side up. “I owe Mrs. Andrea Beard $2000, which I will pay in monthly installments once I get a job somewhere outside Kelly County. Signed, Timothy Mills.”
“So Mrs. Beard helped you out, did she?”
“Y-yes, sir.”
“The old lady should know better than to throw away good money, but I suppose it’s hers to do with as she wants.” He lost interest in me and my future almost immediately. “You can be on your way, Timothy.”
I went, and quickly too. As I drove away I knew that now I had to make that new start so I could begin repaying the two thousand. When someone who knows you that well trusts you that much, you have to believe, for the first time in your life, that she was right all along.
blizzard crime crime story short story student teacher winter story