Showing posts from June, 2021
Show all

Okay, THIS Is the Last One 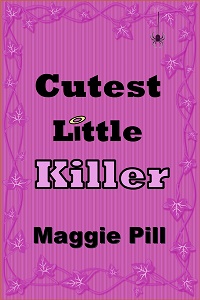 I have some theories about why I've stressed over the cover for CUTEST LITTLE KILLER so much. First, it's the start of what I hope will be at least three books, so a cover that establishes a theme is good. I had to ask myself, what thematic items will work for a BUNCH of books? Second, the character in the title is unique, which at first made me want to picture her on the cover. I started by choosing a photo of a little girl who looks slightly dangerous. But several fans said they'd rather create their own image in their minds, and once I thought about it, I had to agree. Who hasn't been disappointed with a movie that turned a favorite character into someone you didn't recognize? I love Matthew McConaughey, but he didn't fit my image of Dirk Pitt at all. And of course there's Tom Cruise as Jack Reacher... So here's the pic I thought would work.
Post a Comment
Read more
More posts