Showing posts from December, 2017
Show all

Working On It, Boss 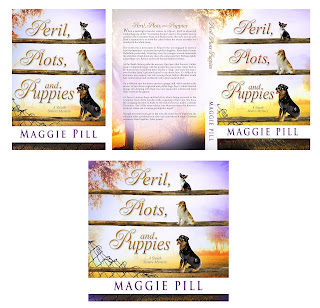 Working Cover Files If you keep up with my adventures, you know I was conflicted about a sixth Sleuth Sisters book. I do NOT want to be the author who stretches a series beyond logic, and I feel strongly that if I'm not interested in the plot, my readers won't be either. That was reinforced this past week as I read a book by one of my favorite authors, who has a long-running series I've always liked. The new story was beyond belief, with the detective getting naked in front of a crowd of people to force a confrontation that made very little sense and wasn't believable, at least for me. I never want the Maggie Pill name attached to a book just to have a new one out there. With that said, I found myself interested in the sisters again somewhere in August, and the questions began. What if Barb is caught, or almost caught, doing her Grammar Nazi thing? What if it's because there's a murder nearby, so the Nazi is a suspect? That was the germ of the idea for Boo
Post a Comment
Read more
More posts