Showing posts from 2016
Show all

I had two events this week, a Career Day presentation at a high school about seventy miles away and a book signing over a hundred miles from home. A winter storm hit Michigan that seems to be endless, stretching from Wednesday through Sunday with blizzardy winds and plenty of snow to blow around. I was about to cancel the school visit when hubby informed me they'd canceled school for the day. Though I'd prepped for the visit with handouts and candy and funny little anecdotes, all I felt was relief. Last night after watching the weather forecast, I canceled the book signing as well, which meant de-reserving a hotel room I might still have to pay for (I hate that.) I was supposed to join three author friends, and we'd made it a party with Santa hats and the silly billing, "Four Women of Death." I love the folks at Horizon Books in Traverse City, so I hate wasting their time and energy. Still, I was relieved once I'd made the calls and arranged to stay home.
Post a Comment
Read more

Just in Time for the Holidays 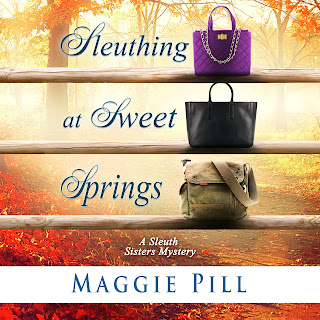 The fourth Sleuth Sisters is out on audio, and I have to tell you, I laughed out loud at times as I listened to the actresses read. They're so perfectly Barb, Faye, and Retta! I'm always thrilled with how well Actors' Audio in Chicago handles my books, and the creation of audio books through Audible.com is pretty stress-less for the author. You submit the book for audition, choose the narrator(s) you like, and send them the MS. It takes a while, since there's a lot of studio time, editing, and such involved, but at some point you get the files, listen to them to make sure you're happy with the product, and then okay it. A week or so later, bob's your uncle! Here are the particulars, and if you'd like a code for a free version of the book, let me know. We love to get reviews on both the story and the audio presentation. SS#4 on Amazon
Post a Comment
Read more

What Do I Tell Aspiring Writers?

When people find out that I write, they often ask for advice. What they want to hear is that I love their idea for a book, that I'm going to IMMEDIATELY tell my agent about it, and I can guarantee they're going to make a ton of money. None of those things is likely. I might or might not love your idea for a book. I'm one person, and what I think really (I mean REALLY) doesn't matter. I no longer have an agent, but even if I did, my recommendation would mean little except she might take a look. Agents judge on what they like and what they can sell (The second is more important, but the first part makes them more invested in the project.) And if you sell a book, your chances of making the money you'd like are pretty small. Most of us are happy with very little. (Experts say most authors make less than $1000/year and most books sell less than 100 copies.) My advice? IF none of the above dampens your enthusiasm for writing, you're a writer.
Post a Comment
Read more

On Becoming a Hermit in a Cave 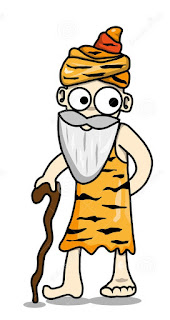 I can't grow the beard, either. I haven't posted in a while. I'm not going to get into why, because those who know me already know. Today I'm looking at the advantages and disadvantages of becoming a hermit. Advantages: 1. I wouldn't have to see what's going to happen next. 2. I wouldn't have to listen to the inevitable blaming that is sure to arise. 3. I would get lots of writing done. Disadvantages 1. Caves are kind of cold and damp. 2. I would miss football, baseball, and a few really nice people. 3. Wi-fi might be spotty, so it would be hard to reach editors, readers, and fans. I guess this means I'm staying where I am. I'll just make my office into a Maggie-cave...and try to stay off Facebook.
Post a Comment
Read more

The Dog in the Story

Over the course of their adventures, the Sleuth Sisters have collected two dogs and a cat. When I include a pet in a book, it's always a pet I've known, and they're included as a sort of tribute to their individuality. Styx, Retta's dog, is a combination of two Newfoundlands I've known. Big (of course), friendly, and overzealous, he gets in the way a lot and does exactly what he's told not to do, but he's so lovable it's okay with his mom. Retta needs Styx. She's a widow who lives out in the country, and he provides company, security, and lots of entertainment. Faye found her dog hurt alongside the road (in the second book, 3 SLEUTHS, 2 DOGS, 1 MURDER) and took him in. He's a bit grumpy, but he's probably got good cause to be. A one-person animal, Buddy would die for Faye. For most other people, he'd just as soon pass. Faye's heart is big enough for all the animals in the world, but she and Buddy have a special bond. Barb gaine
Post a Comment
Read more 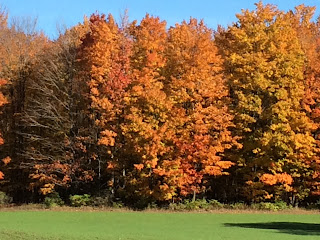 North Fall in Michigan. You can't capture it in pictures, and at my age you'd think I'd know that.  In Alaska we took many, many photos, and nothing we got comes close to what it was like to be there. Grand Canyon: Ditto. Europe: Yup. Waterfalls in Minnesota: Same. And so on. So why am I compelled to take photos on my daily walks around my own property? Dunno. West East Pictures don't come close to revealing what it feels like to be in a beautiful place. They're flat. They're limited in scope. The colors don't reach out and grab the viewer. For example, the picture below, looking south, should be much brighter. The sun was lighting those trees up so much that it almost hurt my eyes to look, but the camera got a much duller result. We still try. South These views--these trees, plants, clouds, and critters (the geese below complained about my presence the whole way one day this week)-- have protected my sanity in dark times and
Post a Comment
Read more