Showing posts from February, 2016
Show all

It's Amazing What I Don't Know!

Writers are supposed to write what they know, but once you start writing, you realize you don't know as much as you thought you did. I was raised on a farm, so I have a sense of life there, but that was (mumble-mumble) years ago. Things are different now. As the Sleuth Sisters Mysteries go on, I find myself wandering through Fleet-Farm type stores with new interest. "Look!" I tell my husband. "This is how they water chickens nowadays." "Huh,"  he replies. In the Work In Progress, there is real estate fiddling, so I need to know about deeds and sales and Realtor duties (and yes, that has to be capitalized.) I visit an acquaintance in real estate, and he gets me started. When I run into a snag, I call him and he helps me make it work. "Wow!" I tell my husband. "Dan sure knows the real estate business." "Huh." I've mentioned before the friends who help when I write about exotic animals, like the reindeer in B
Post a Comment
Read more 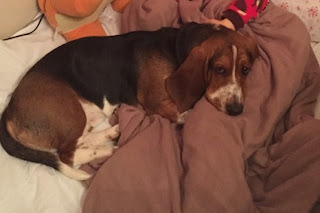 If your dog were an actor, who would he be most like?* If your cat went to college, what would she major in? If your horse got to decorate the stall, which colors would he choose? If your guinea pig rented a movie, what would he want to watch? If your parakeet had a purse, would it be designer, practical, or casual? *Burt here strikes me as an Abe Vigoda type. Just wondering... For my regular readers, I've decided to move the blog to Thursdays and see if I'm better able to keep up with stuff that way. (Peg's still on Mondays)
Post a Comment
Read more

There's Too Many Kids in This Tub

The title reference is to a Shel Silverstein poem, but it applies to books sometimes, too. An author I read and enjoy, Tim Hallinan, explained in a recent book that he'd killed off a bunch of characters because there were just too many for readers (and Tim) to keep track of. Well, that's nice for him, but he doesn't write cozies. You can't just kill off people readers know well in a cozy. It isn't done. Consider the Sleuth Sisters. There are the sisters, of course: Barb, Faye, and Retta. Each has a love interest: Barb has police chief Rory Neuencamp, Faye has husband Dale, and Retta has recently been seen with FBI agent Lars Johannsen. Two sisters have pets: Faye has Buddy and Retta has Styx, and they really are characters. Then there's Faye's irascible mother-in-law, Harriet. There's Gabe, the lovable lunk who thinks he's a detective, and his girlfriend Mindy. And in the last book readers met two of Faye's sons, Cramer and Bill (who's
Post a Comment
Read more
More posts