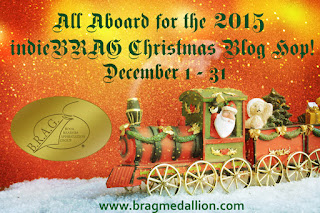 Santa was trying to get ready for Christmas, but things weren’t going well, and his droll little mouth pursed in frustration. He couldn’t find the fur-trimmed hat that went with his red suit. He needed a clean hanky to wipe away the ashes and soot after each trip through a chimney. And one of his boots had gone missing. Those were things his wife usually took care of, but she was nowhere to be found.
Rubbing his little round belly, he looked in the kitchen to see if she was baking. Visions of sugar-plums danced in his head, but no. She wasn’t there.
Was she in the laundry room, washing tiny elf socks and underwear? Scratching his snow-white beard, the jolly old elf peered into the small room at the back of the house. Nope.
She wasn’t in the den taking a long winter’s nap, nor in the pantry sorting canned goods.
When he finally found her, Mrs. Claus was in the den, curled up on the couch, reading a book on her Kindle. “What’s so interesting, dear?”
“It’s called The Sleuth Sisters,” she replied. “It reminds me of me and my sisters when we were younger.” She sighed. “We were something else in our fifties, just like the women in the story.”
Santa didn’t want to bother his wife when she was having such a good time, so he spoke not a word and tiptoed off. Mrs. Claus hardly noticed.
“Instead of getting my clothes ready, I guess I could go straight to my work on the sleigh,” Santa muttered. That meant finding Elwin, the chief transportation elf. St. Nicholas went to the workshop, but it was empty.
“Hmmm,” St. Nick murmured. Elwin wasn’t in the sleigh-port. The sleigh was there, but its runners needed cleaning before he could spring into it and drive out of sight. The bundle of toys sat off to one side, not yet loaded. He noticed a small box with Amazon printed on its side sat apart from the others, apparently not part of his scheduled deliveries. “I’ll have to ask Elwin about that before I leave,” he murmured. "Wouldn't want to leave anyone out."

The corners of the workshop were dark and quiet, and Santa rubbed his broad face in puzzlement. “Elwin? El?”
No answer. Dimples appeared as Santa twisted his head in puzzlement.
Next Santa explored the front yard in his lively and quick manner. It was empty. He tried the side yard. Empty, too. That left the back yard.
It was chilly outside (not that denizens of the North Pole mind that), and Santa’s cheeks grew rosy. His nose looked like a cherry in the middle of his round face.
At the back of the workshop he found Elwin Elf, curled up on a snow-bank with a book in his hands.
“Shouldn’t you be polishing up the sleigh?” Santa asked.
Elwin looked slightly ashamed. “I promise the sleigh will be ready in time for Christmas, Santa, but this book has a couple of really cute dogs in it. One’s a Newfoundland like mine, and the other is a rescue dog. It’s also set in my favorite season, winter.”
“My favorite season too,” Santa said. “What’s it called?”
“3 Sleuths, 2 Dogs, 1 Murder. The dogs even got mentioned in the title!”
Santa knew Elwin was as good as his word, and besides, he could see how close he was to the last pages. It wouldn’t be long before he was back to work.
Santa gave a wink of his eye. “No worries, El. I’ll check on Rudolph and the crew.”
When he got to the barn, however, it was completely silent--no prancing and pawing of any little hoof. Back outside he turned 180 degrees but saw neither reindeer hide nor reindeer hair. After a few seconds, Santa heard the tiniest sound above him and turned with a jerk. Nine reindeer were on the roof of his house, lying in a rough circle around the chimney with their legs curled up under them.
Santa gave his team a whistle. “Rudolph, Dasher, Dancer, Prancer, Vixen, Comet, Cupid, Donner, Blitzen! What are you doing up there?” (Santa had learned over the years that it doesn’t do to single out one reindeer. If you spoke to one, you had to speak to the whole herd.)
“Comet’s reading a book we downloaded to your phone,” Vixen replied.
“It’s a mystery,” Blitzen added.
“About reindeer!” Dancer was clearly excited about that. “We take turns reading. It’s jolly.”
“Got it from the library,” Cupid said.
“It’s called Murder in the Boonies.”
“Did we say it has reindeer?” Dasher asked.
Santa chuckled, and his belly shook like---well, you know. “You did say that.”
“We’ll be down in a little while,” Rudolph called. “Just one more chapter.”
Prancer nodded agreement. “We’d never be late for Christmas.”
“I know you won’t,” Santa said, his eyes twinkling. “You’ve been completely dependable for centuries.”
“And this year, Santa, we have a gift for you.” Donner looked smug. “Actually it’s three gifts, kind of the same but kind of different.”

“We all got together to pick it out,” Rudolph said. “Mrs. Claus, Elwin Elf, and us.” The other reindeer grinned as he added, “You’re never going to guess what it is.”
Santa was pretty sure he could have, but he laid a finger at the side of his nose, gave a nod, and kept quiet. Being the Spirit of Giving, he knew that the feeling of having the perfect gift for someone you love is the best feeling in the world. He didn’t want to spoil their surprise.
“I can't guess,” he told his friends, but as he turned away he said under his breath, “but I hope it’s the audio version. That way I can listen to Maggie Pill all the way around the world. Ho, Ho, Ho!”

To continue on the IndieBRAG Blog-Hop and meet other great indie writers, follow this link: http://www.bragmedallion.com/


Don't forget, you can get a FREE copy of A Lethal Time & Place at InstaFreebie until Dec. 18th. Also, anyone who comments on this blog will be put in a drawing for an Advance Review Copy of my next book!