When Writing Is Fun

March 13, 2017
I went to see SOMETHING ROTTEN this week, a very enjoyable show. In it there's a number in which Shakespeare sings about it being "Hard to Be the Bard." That got me thinking about writing and the levels of difficulty involved. It is hard, but it's also fun.

It's hard to write the whole thing. I can't tell you how many people I've met who have three (or five or eight) chapters of a novel written but just can't go farther. Writers get that, but they also get past it.

It's hard to make it good. Writing well takes a lot of understanding of language, story, syntax, conversation, style, character--all those things your English teacher used to go on about. They matter. It might be true that everyone has a story inside, but not everyone is ready to tell it well enough that others want to read it.

It's hard to make it better. Another group I meet a lot are those who have written their masterpiece and can see absolutely nothing wrong with it. First time. First draft. Perfect. Um, sure.

It's hard to maintain focus on the final product. It takes time alone, hammering away, cutting, adding, fixing, fine-tuning, and in general ignoring life as it goes on around you. I've never been so successful that I'm forced into the public eye, but I imagine it's doubly difficult to find time to think up a story and write it when your publisher is "suggesting" you attend dozens of fan events and setting up book signings all over the place.

So when is writing fun? The good news is that any of it can be--it just won't be all the time. When you're in the zone and sense that a passage is really good. When you're out doing publicity and a fan says your book really spoke to her. When you're editing and see that it really is all coming together. When reviewers say things that reveal they got what you intended them to.

Like anything worth doing, writing well is hard--harder than most non-writers imagine. But within those tough spots is the satisfaction--if you keep going and pay attention--that you made something out of nothing. An idea has become a book. How can that be anything but wonderful? 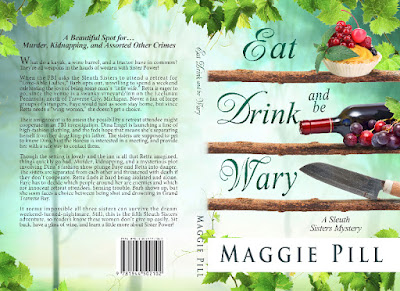