The State of the Next One 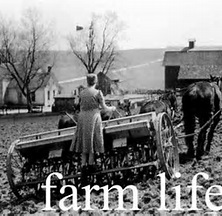 I finished the 4th Sleuth Sisters, SLEUTHING at SWEET SPRINGS, earlier this week and sent it to my #1 beta reader, my sister. I've got no cover art yet (sigh), but here are some random thoughts.

*It isn't done. Not only will my sister make suggestions (and after that there's the editor and other beta readers), but the time that passes while I'm away from the book will make me look at some things differently. I already have an idea for an addition--just a couple of lines to create humor.

*I'm not sure anymore which sister I'm most like. While I didn't base the characters on real life, I do have two sisters and we are quite different in our outlooks on life. I'm not sure which Sleuth Sister is closest to me. Like Barb, I had a good primary career before taking on my second. Like Faye, I've been happily married for years and don't regret anything I've lived through. And like Retta, I can be clueless and shallow, though I'm not stupid and I mean well overall. Maybe that's why the characters resonate with readers. We're all Barb, all Faye, all Retta, at different times and in different situations.

*Growing up on a farm shaped me more than I realized until now. As I write, memories come back, and it's easy to feel the scratchiness of newly-baled hay on my arms and to recall the trepidation with which I went into the hen coop to gather eggs.
Brushing a horse.
Plodding out to the milk-house on a cold morning to get a quart of the warm milk my dad and grandfather had just taken from the cows for our breakfast.
Jumping over cow pies and manure-scented rivulets to get there.
Playing in bins of oats in the rough-built grainery. Leaving with bits of it in my hair and underpants.
Helping (though I'm not sure that's a good term for it) with canning and waiting for the lids to pop.
Carrying the food my grandmother and aunts made from the kitchen to the table for the crew of neighbors who came to help with the harvesting--men with red necks and forearms but white chests and shoulders.

If you grew up on a farm, you might not have had a lot of stuff, but you've certainly got memories.
books farm must-read sisters Sleuth Sisters writing writing mysteries