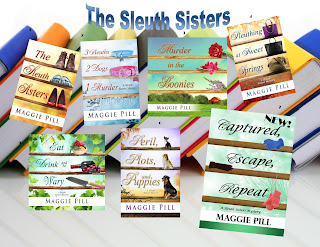 The other day I was talking to a woman I know slightly. She seems really nice, always friendly and smiling. As we talked, another woman walked by that neither of us knows well, since she's new to the community. The first woman grabbed my arm as soon as the second one had passed us and whispered, "You've got to watch them."

I looked around for dangerous types, but it was just us. "Who?" I asked.

"Them! The Asians or Mexicans or whatever she is."

That was the point where I should have said, "Stop talking, Ms. Bigot." I'm always so dumbfounded by the stupidity of a) being a bigot and b) assuming everyone else is too that I'm often unable to respond. I tell myself I must have misunderstood. This woman is educated, economically middle-class, and as I said earlier, seems like a nice person.

Seemed. I didn't find anything nice about this encounter.

Instead, I got an earful about how "they" come to this country and look for a man to marry so they can stay. They live with the man for X number of years and then dump him when they get citizenship.

Yep, I was still dumbfounded. I must have looked like it, because she cited a source. "Jack (her husband) told me what those people do. A woman did it to a friend of his."

Arguments abounded in my brain.

She didn't have a clue what the woman's background is. There's quite a bit of difference between Asians and Mexicans, and the "whatever" puts anyone who doesn't look like us in the same bucket.

Her husband's single example had so many holes in it I couldn't have begun to address them all.

The evil "they" is what logicians call a generalization. Even if you know one rotten person of a particular ethnic group--

No. I don't need to explain how not nice this was to anyone with a brain. I might have provided her with a few well-chosen facts, but really, is it going to make a difference to a person that dumb?

What I said was, "I've got to get this trash down to the bin before the trucks get here to collect it."