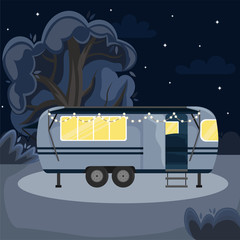 For those who've complimented me on the first book of the new series, ONCE UPON A TRAILER PARK, thanks. I had a man stop me in the park to say that his wife reads him bits from the book. (I'm not sure if that was an "Atta girl" or a "Look what you've done!") Others have mentioned the relationships in the book, both between couples and among park residents, which is what I hoped readers would notice and enjoy.
Since it's doing well, I started on Book Two, tentatively titled TWICE AROUND THE TRAILER PARK. There are two mysteries to be solved in this one, a cold case and a hot one. The same four couples are featured, demonstrating types that might be found in any community. The question often asked is "When will it be out?" and the answer is fall of 2020, if all goes well.

Since the release of Book #1, one of the pastimes in the park where we winter has been figuring out who is who in the book. I keep telling people that authors don't choose a person and make him or her into a character. They're all composites of people I know here in Florida, home in Michigan, and anywhere else I've been. Still, it's been like a game whenever I show up somewhere. "Al is just like So-and-so," or "I think I'm Julie."
Whatever parks your trailer!
books cozies cozy mysteries Maggie Pill must read Once Upon a Trailer Park reading RV park mystery trailer park